the25centpaperback: The Death Master by Benjamin Appel, cover by... 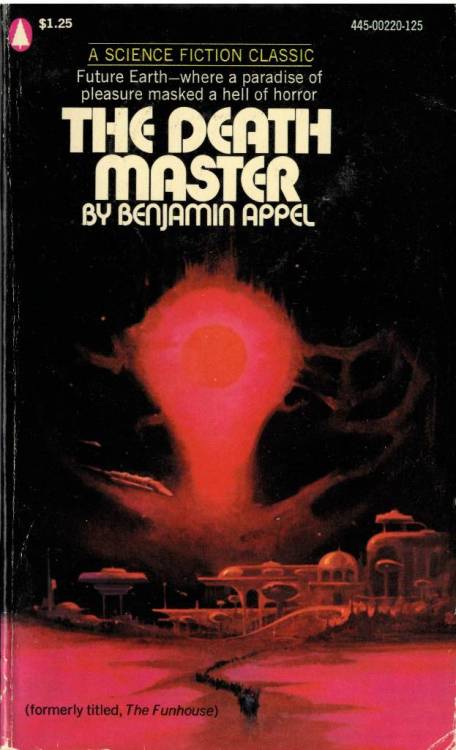 The Death Master by Benjamin Appel, cover by Paul Lehr (1974)

Here is another Paul Lehr cover with his usual subject: a huge circular object in the background that dwarfs the tiny figures in the foreground. Lehr’s many science fiction covers in the 1960s and 1970s profoundly elevated the standards of the genre. No matter what the content, a Lehr cover indicated that the novel was serious and profound.

Benjamin Appel was known primarily as a crime novelist (Wikipedia says his perspective was sometimes “radical,” which sounds intriguing) but he made rare forays into the science fiction and fantasy genres.