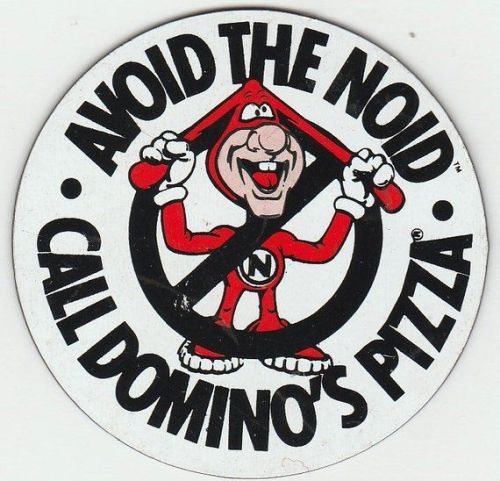 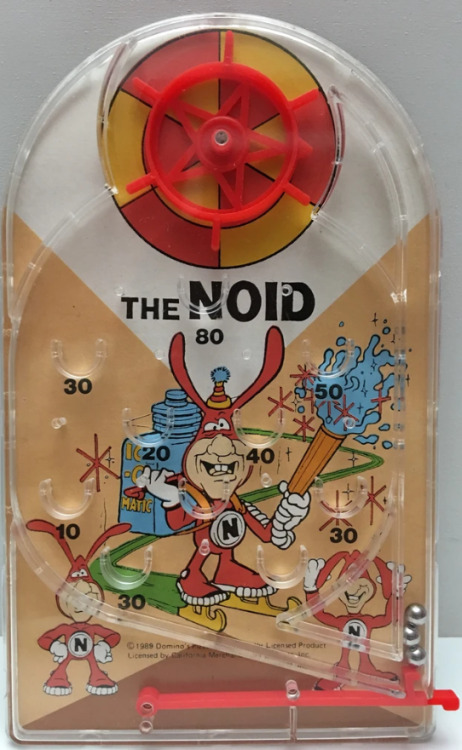 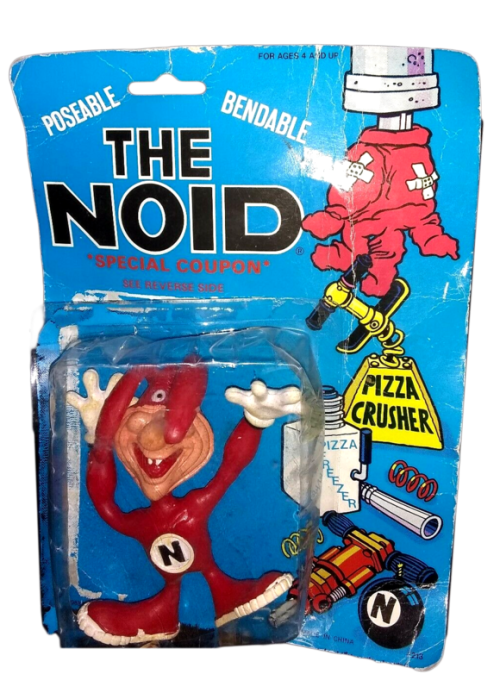 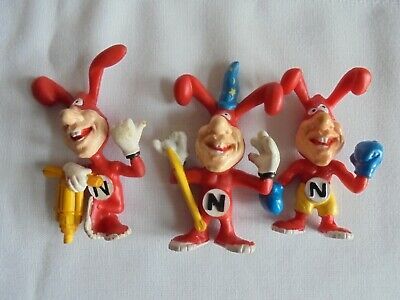 A selection of Noid themed merchandise.

Domino’s Pizza was founded by an eccentric Catholic who used the money to create Ave Maria, a Disney-like all catholic planned community. For a time, their mascot was the claymation Noid, however, this was phased out after an actual mentally disturbed man with the last name Noid held a Domino’s at gunpoint in a hostage situation, believing the Noid was designed to personally insult him. After the backlash from the incident, the Noid was faded out from their advertising.